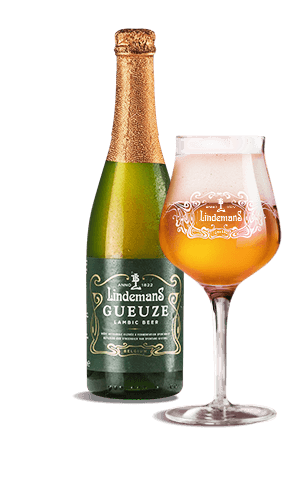 “Filtered before being bottled, this is a sweet variation of old gueuze.”

There are several stories to explain the origin of the term 'gueuze'. This name dates back to the Rue de Gueuze in Brussels where, for the first time, a producer offered his delicious lambic in champagne bottles. Word about the 'lambick on Rue de Gueuze' quickly got around. According to other sources, gueuze has its roots in 'gazeux' - the French word for carbonated - since traditional gueuze is a carbonated blend of different lambics.

After the Second World War, some lambic brewers devised a new production method. They filtered the beer, added sugar, saturated it (with carbon dioxide) and pasteurised it. This new gueuze, closed with a bottle cap and available in 25 cl bottles, was called capped gueuze.

Developed according to this production method, Gueuze Lindemans is a slightly sweeter version of Old Gueuze Cuvée René.

A one year old lambic that is slightly sweet, making the gueuze more appealing to a wider audience.

since 1978
alcohol (alcohol content) 5 %
colour Golden and light blond
Conservation tip The bottles should be stored lying on their sides.
calories 53 kcal (100 ml)
taste A gueuze that is both sweet and dry with a pleasantly sweet attack and a fresh, slightly sour finish reminiscent of sherry with notes of champagne and rhubarb.
Food pairings - Fish (salted or with cream sauce), mussels
- Chicken, turkey (preferably with a Gueuze Lindemans based sauce)
serving temperature 2-3 °C

Good to know : Filtered gueuze (also called capped gueuze) was developed by lambic brewers in response to the arrival of pilsner beers. Due to its 25 cl bottles, this sweetened version of traditional gueuze (which does not undergo a fermentation process in the bottle) had the advantage of being consumed by a wider audience and easier to store in a refrigerator.

“It's so complex and fascinating with many levels of flavours, I had to score it high.” 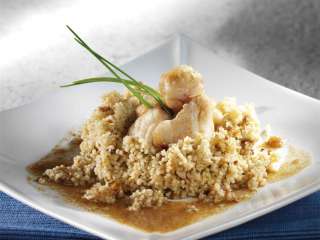 Couscous with monkfish and Lindemans Gueuze 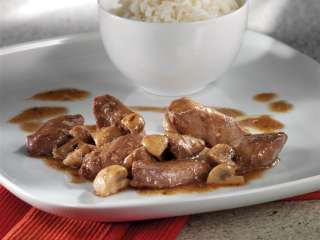 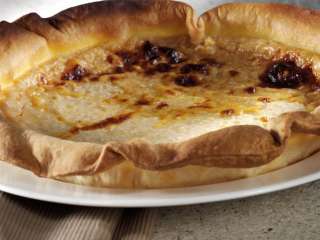